The high-speed rail flap gate is an important part of the high-speed rail simulation ticketing system. It is installed at the train exit at the junction of the waiting area and the boarding area of ​​each station, and is the gate for passengers to enter and leave the train when they leave the station. By judging the validity of the ticket , which can prevent invalid tickets from passing through and effectively control the order of passengers entering and leaving the station.

All transaction data processed by the high-speed rail simulation ticketing system, including valid and invalid ticket transaction data, should be uploaded to the server.

The flap door adopts the servo control technology movement, which can effectively ensure the trouble-free use under the large passenger flow for a long time. The servo core integrates the servo motor, the positioning encoder and the servo closed-loop driver, which is small in size, low in power consumption, and accurate in positioning; it has pid automatic parameters Adjustment function and acceleration and deceleration function, speed regulation is stable; there are undervoltage, overvoltage, overload, overcurrent, overtemperature and encoder abnormal protection functions; it has the function of preventing people from being caught and the protection function of obstacles during operation; modularization Design, low failure rate, stable operation of the whole module, low noise, adapt to the long-term impact of large passenger flow. 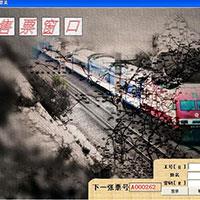 下一条: Introduction to the internal structure of high-speed rail cabin 1 plus X