The function of airport simulation system

The airport simulation system is often used in the aviation teaching system. The on-site command seat is one of its functions. So what is its role? In this article, we will introduce it to you. The main function of the airport simulation system is in After monitoring the overall situation and information of the airport, coordinate all the seats of the system in time, and deal with various problems in the process of airport work.

Including the display of airport terminals, runways, parking spaces and flight information; the allocation of seats; the application characteristics of aircraft seats, the display of covered bridges and taxiways, etc.

4. Change and update the information in the information bulletin board: According to the actual situation in the system work, correct the departure time, tail number and parking space in the bulletin board; Conflict alarm function; Warn the work conflict between aircraft and vehicles in this situation; Warn about exceeding the number of larger task assignments per auxiliary part.

The functions of the airport simulation system mainly include the above points. Its use has brought great help to some teaching systems. 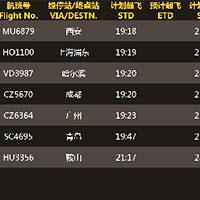 下一条: The role of the orbital training module